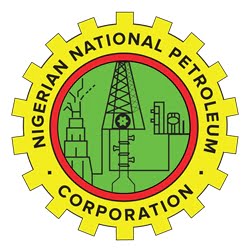 The Nigerian National Petroleum Corporation, NNPC, has disengaged over 400 of its senior staff nationwide.

According to sources in the NNPC, the disengagement affected mainly staff who were scheduled to retire between now and 2022, while it also engaged some staff and promoted others, who are scheduled to resume last Thursday. The source added that the NNPC has also appointed Mr. Kehinde Obateru, as the new Group General Manager, Group Public Affairs Division.

Obateru, who was until now, the spokesperson for the NNPC London office, would be the new spokesperson of the NNPC, replacing Mr. Ndu Ughamadu, who retired September 2019. He would also be taking over from Mr. Samson Makoji, who had been the Acting Group General Manager, Group Public Affairs Division of the NNPC, since after the exit of Ughamadu.

The sources added that Obateru would be replaced in the NNPC London office, by Mr. Gboyega Bello, who had been promoted, General Manager of the Group Public Affairs Division. The sources also noted that there were a few promotions and redeployments among the top hierarchy of the corporation, while they alleged that some of the disengagements and redeployment were not justified.