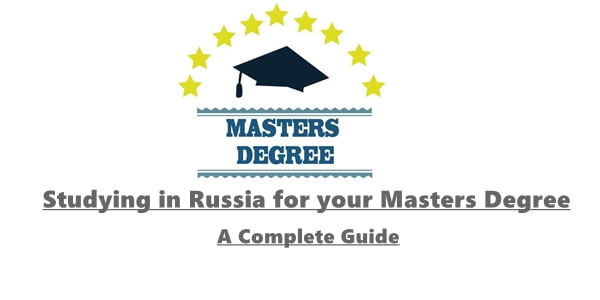 Russia or the Russian Federation, is a transcontinental country in Eastern Europe and North Asia. It is, by a considerable margin, the largest country in the world by area, covering more than one-eighth of the Earth’s inhabited land area, and the ninth most populous, with about 146.79 million people as of 2019, including Crimea. About 77% of the population live in the western, European part of the country.

Russia’s capital, Moscow, is one of the largest cities in the world and the largest city in Europe; other major cities include Saint Petersburg, Novosibirsk, Yekaterinburg and Nizhny Novgorod. Extending across the entirety of Northern Asia and much of Eastern Europe, Russia spans eleven time zones and incorporates a wide range of environments and landforms. From northwest to southeast, Russia shares land borders with Norway, Finland, Estonia, Latvia, Lithuania and Poland (both with Kaliningrad Oblast), Belarus, Ukraine, Georgia, Azerbaijan, Kazakhstan, China, Mongolia and North Korea. It shares maritime borders with Japan by the Sea of Okhotsk and the U.S. state of Alaska across the Bering Strait. However, Russia recognises two more countries that border it, Abkhazia and South Ossetia, both of which are internationally recognized as parts of Georgia.

Why Study in Russia for your Masters Degree? (Advantages of Studying in Russia)

A Wide Range of Universities and Study Programmes
There are up to 766 universities in 82 regions of the country, from Kaliningrad to Vladivostok.

Price and Quality of Education

Self-funded study is much more affordable at Russian universities than the equivalent in the USA, Canada and the UK.

Russia is one of the few countries to offer foreign citizens the opportunity to receive free tuition. Every year, the Russian government awards several thousand scholarships (quotas) to international students.

You get to learn Russia Language

Russian is spoken by about 260 million people worldwide and up to 10.5 million foreigners are regularly learning Russian. Universities in Russia offer different Russian language programmes and distance learning. Russian universities are also offering programmes taught in English for those who don’t get to learn the Language.

Easy Adaptation for International Students
Russia consists of more than 200 ethnic groups that speak more than 100 different languages and dialects. The Russian constitution guarantees freedom of conscience: Christians, Muslims, Buddhists, Judaists, and persons of other faiths peacefully coexist in Russia.

How To Apply For Study in Russian University For Masters Degree

You can either apply through an Agency or directly to the university. We however strongly advice to apply directly to the Universities as there are many cases of fraud which many have fallen for.

Find out About Financing & Scholarships

The next step, after finding a School you want to Apply for is to check their Financing (Fees) & Scholarship. Both International Students and Russian citizens can study at Russian universities at the expense of the Russian government or on a private basis.

For Study Funded by the Russian Federation, There are three options for enrollment in state-funded areas.

Candidates can enroll by:

For Self-funded students, Applicants just have to select an educational institution and communicate with its representatives. Universities generally ask to send an initial application by email, and to support it with the proper documents.

What is the cost / Tuition Fees of Masters Degree Study in Russia?

The average cost of master’s degree programs in Russia is $3,500 per year.

Prepare and Submit your Documents

You are then required to submit an Initial Application indicating the desired area of study and your level of education;

You will also need to make Official submission of documents to the university after your arrival in Russia.

Note that all documents should be presented with an official copy, translated into Russian.

Applying for a student visa as an International Student can be long and complicated, so it’s important to get everything ready to avoid delays. Before the visa application process can begin, you must first have gotten a letter of invitation from the university indicating that you’ve been accepted onto your desired course.

Once a university has offered you a place, their international department will file a student visa application for you. This usually takes around a month to process but could take longer, so it’s wise to start arranging your visa several months prior to arrival.

International student visas must be registered within 72 hours of arrival into Russia and are valid for an initial period of three months. They can then be extended to a year, after which they can be renewed for longer depending on the length of your course (but additional documentation may be required).

Applying for Student Visa in Nigeria

Once you get your invitation,there are few things you still need to do before you can get a visa. You need to do the NDLEA clearance, your best bet is to ask the school to scan you a copy of the invitation so that you can start the NDLEA clerance. It takes some time, but if you know anybody working in NDLEA, then it might just be faster for you.

After getting the NDLEA clearance, you are then required to take AIDS test as well as Police clearance certificate. With those three documents and your educational qualifications you can apply for the visa.

It is advisable to get all your documents certified by the Russian consulate in Nigeria as well as the Ministry of Education in Abuja.

Can I Work in Russia as an International student?

Permits are issued only to students on full-time courses at state-accredited universities. Students can work only according to the profession specified in the permit, and in the region (city) where their university is located. The permit is issued for 1 year and needs to be extended for the term of the respective employment contract. If students leave their course, the permit is cancelled.

International students who work without a permit face fines from 2,000 to 5,000 roubles. In Moscow, Saint Petersburg, Moscow and Leningrad regions, the punishment includes a penalty of 5,000-7,000 roubles and deportation from Russia.

Study and Life in Russia

You are not Allowed to miss Lectures. Missing lectures can get you expelled from the school. We would encourage to choose Moscow or St. Petersburg as some other cities are not worth the hassles except you have enough money to take care of yourself. Tuition in Moscow is definitely higher than what you’ll pay in other St. Petersburg, probably because the demand is higher.

For further clarifications, kindly comment and we’ll be glad to help.

Masters Degree in RussiaStudy in Russia