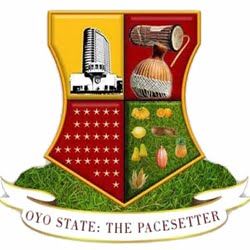 TESCOM Chairman, Pastor Akinade Alamu, who confirmed the development during a press conference yesterday, said Makinde equally directed that applicants should be given the forms free of charge.

Makinde, in a statement by his Chief Press Secretary, Mr. Taiwo Adisa, said the application forms would be in circulation for two weeks after which the applicants would write an aptitude test.

He lauded the governor’s compassionate directive to give forms to applicants for free, adding that all applicants could access the forms at any of the six TESCOM zonal offices in the state and its headquarters at the secretariat in Agodi, Ibadan.

Alamu disclosed that applicants would only need to present their local government identification before they could get a form, hinting, however, that this was not by any means discriminatory or shutting the door against applicants who are not indigenes of Oyo State.

“We received approval from His Excellency, Engineer Seyi Makinde, to recruit 7,000 teachers, 2,000 non-teaching staff and 1,600 night guards for all the schools in Oyo State and, immediately, we started the exercise. And we have gone to the press to place the advertisement.

“When the governor became aware that we were to collect N1,000 from each applicant, he gave a directive that the forms should be given freely to all applicants in the state. And, in his usual compassionate attitude, he said he would not want people coming from Saki, Kisi, Ogbomoso, Oyo and other distant areas to come down and pay N1,000 to the bank, wait for confirmation from the Accountant-General, before they finally come to obtain the form from us.

“He said he would not want people to undergo these rigours and that the forms should be given to all applicants free of charge. So, we have started that this morning.

“Also, the governor directed that the forms should be made available at all the zones in Oyo State. There are six zones and the head office is the seventh centre where the forms will be given to the applicants.

“The addresses of our offices are as follows: Ibadan Zone 1, Leaf Road, opposite NTC; Ibadan zone 2, Bishop Philips Academy, Iwo Road. People can go there to obtain the form. Oyo zone is located opposite Ajayi Crowther University’s main gate in Oyo. In Ogbomoso, they can obtain forms at the TESCOM zonal office, Atanda, Ogbomoso. At Saki, we have our office at the Old Teachers College. In Eruwa, they can get it at our zonal office located at the local government headquarters. People can also come to the headquarters here at secretariat to obtain the forms. Nobody should collect any money from any applicant.”